Southern exposure: my night in a glass house on Banks Peninsula | Stuff.co.nz

The sense of southern exposure was surprisingly thrilling.

I’d been a bit dubious about the idea of spending a night in a cabin made almost entirely of glass: who knew what weirdos could be lurking in the thick bush that surrounds it?

The trip from Christchurch did little to quell my fears: a 45-minute drive along long, lonely country roads followed by a steep climb into cloud-covered mountains and a 10-minute trek through dense regenerating native bush. 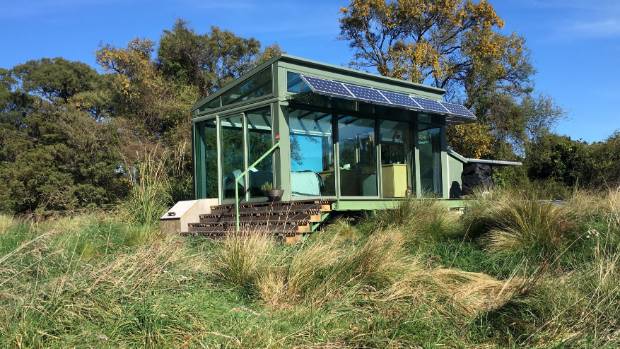 LORNA THORNBER/STUFF Tucked away in dense bush, a night alone in a glass box is terrifying yet thrilling.
Stepping inside the cabin though, they immediately dissipated. With wraparound views out to the volcanic Banks Peninsula crater rim, up to the clearing sky and down to the tussock grass and ferns beneath, I was at one with nature in eco-friendly comfort and style. If people were looking in at me (highly unlikely), I almost didn’t care. I was enjoying myself too much looking out.

Perhaps not the place for an extravert to spend a night alone, the Little River PurePod, one of four PurePods in the South Island, is an oasis for those seeking time for themselves and, I would imagine, for couples still in love enough to need no form of entertainment but each other. 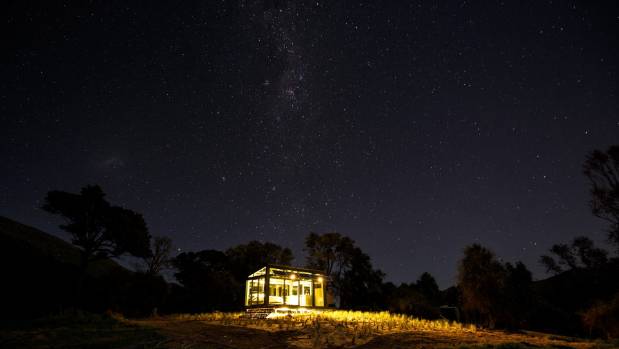 ANDREW FUSSELL PurePods are equipped with binoculars or telescopes for bird watching and stargazing.
With no television or wifi, time spent here is about connecting with yourself or your companion and taking proper notice of the world around you. For lovers of nature, reading and simply lazing around like myself, it is absolute bliss.

Cranking up the bio-fuelled heater and snuggling under the covers of the ultra-comfy bed, I read until the deepening rose hues in the west made me realise I was missing the evening show: the sunset. Putting down my book, I lay back and simply soaked it all up: grateful to be able watch the sky fade to black and fill with an astonishing array of stars without having to brave the mid-August cold.

Shamefully, I had never lit a barbecue before and, with no one – and no Google – to consult, set about twisting knobs, half terrified I’d asphyxiate myself or blow the place up.

While far easier than I’d anticipated, I felt a certain satisfaction standing there on the deck under that blanket of stars, including the Southern Cross, savouring the scent of sizzling Akaroa salmon and relieved I wasn’t going to have to eat it raw.

It felt a bit like Survivor for those who prefer not to get too down and dirty. Sleep under the stars but do it with a double-glazed roof over your head. Eat locally but source your food from the small stores and farm stores en route rather than forage or fish for it.

You can opt for the dinner and breakfast package,  a choice of salmon, chicken or beef, a selection of salads and more snacks than you probably should consume in one evening: thick hunks of cheese, pates and a country-sized loaf of ciabatta. Breakfast is homemade muesli and organic yoghurt. At $139, it was a bit pricey for me, but I wasn’t bothered. Cooking al fresco is a rarity for me, and having the time to prepare a proper meal an absolute luxury.

After almost five technology-free hours, I caved and answered a call from my sister. She struggled to understand why I was so enraptured with spending a solitary night in a glass box in the middle of nowhere, but the solitude and remoteness are precisely the point. There is nothing to distract you from your thoughts (or those of your companion). It’s about as pure an antidote to urban life as you can get.

The hours slunk by almost unnoticed as I finished my book, read the provided booklet on local flora and fauna and took a solar-heated, rainwater shower. I fell asleep gazing out at constellations so mind-bendingly far away in space in time they put everything else into perspective. And then I slept like the dead.

By the time I’d regained consciousness, the power of the sun and heater had created a kind of greenhouse effect. Sweating, I pulled open the ranch sliders and stretched out on the deck, basking under the surprisingly intense sun.

Dressed in just a singlet and shorts, I wondered whether I’d developed a fever overnight – I was in the South Island in the middle of winter after all.

Somehow, though, it seemed fitting for the PurePod, which feels a bit like a protective bubble from the big, bad world. A magical microclimate where the regular rules don’t apply and the extraordinary frequently disrupts the ordinary.

I could have sat there listening to the tui, fantails and wood pigeons go about their busy mornings for hours. A lazy holiday, I was reminded, can be the best kind.

If you need a bit more action, Little River has an excellent cafe-cum art gallery, a classic Kiwi pub, walking and biking trails and is a short drive from Frenchified Akaroa and the peninsula’s lesser known, but often no less beautiful, bays.

It may be little, but it has big ambitions, with plans afoot to become, as local community board member Pam Richardson recently put it, “the great place to live on the Banks Peninsula”. A supermarket and new cafes and restaurants are among the earmarked projects, but for now it remains a place which, much like the PurePod itself, feels far removed from the rat race many of us run routinely.

The writer travelled courtesy of Booking.com

New Zealand’s Secret Magical Pods Will Light Up Your World! | The Urban List The Meaning of the Stars On June 24 Aotearoa will celebrate its newest public holiday,...
Continue reading Watching the Sun Set on Travel Restrictions to New Zealand.